For those who had a virtual ceremony in a church or venue, where did you place the camera? I've seen people do it all sorts of ways and was wondering how you will be tackling this.

I've seen it mostly placed up front in the middle of the room facing the couple at the altar but this was when ceremonies were restricted to 10 people or less. In every instance when I watched these feeds, the bride didn't walk down the aisle. Friends have also told me the camera popped up in photos taken during the ceremony.

Some place it all the way at the back of the room facing the couple at the altar but the couple ends up looking tiny on the screen. The camera also had a lot of trouble picking up the sound during vows and if they're not mic'd, it's pretty much impossible to hear them. The photographer also gets in the way when they run in front of the feed to take pictures.

If you place it on the side, you'll only see one side's face for the majority of the ceremony and the back of their heads for the other side.

An ariel placement will be awkward for anyone wearing something low cut.

I think the best is if you place it on the altar facing the audience. This way, you'll see the couple up close for vows and the feed will catch the bride coming down the aisle. The only thing is, some officiants may not allow that, particularly certain religious ones who are very peculiar with how a ceremony is to be conducted. 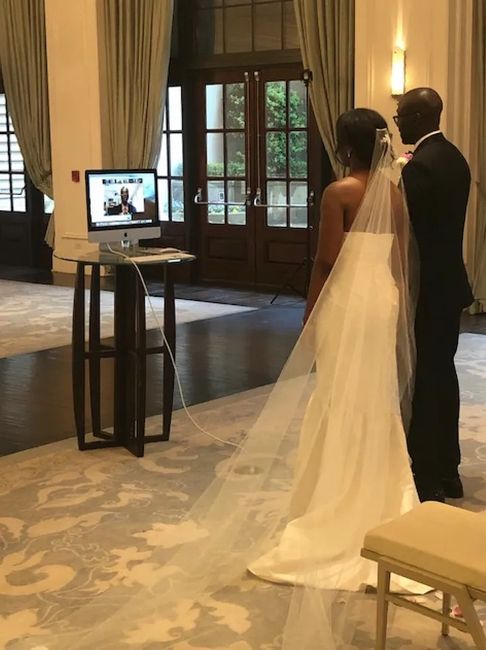