Show Us Your Proposal! - Forum Before the wedding ARE YOU A VENDOR?
Featured September 2021 Ontario

Show Us Your Proposal!

I proposed to my fiancee last year during on anniversary. It marked our 5th anniversary so it was a good time to pop the question but I also wanted it to be a surprise and let's face it, doing it on a special day like that would be a bit predictable. Not to mention all her friends egged her on saying "iTz goNNa HaPpen!!!" lol

So the day before our anniversary, I took her to a resort in a small town where we had dinner. After dinner, we walked around and I started talking about how I have no idea what she would want for her ring and maybe it would be better if she picked it and I just pay for it. But I said "if you pick something out of my budget, I'll need you to wear a temp ring until I can pay and get the ring you want" to which she agreed. So I gave her this. 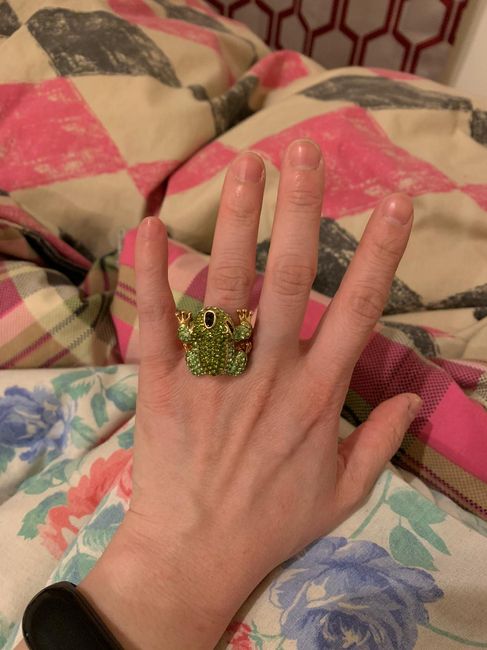 Needless to say, she went back on her word about wearing the temp ring lol

The next day, we had breakfast and walked around town. I wanted to find a nice spot to propose. Thankfully it was slightly cold weather so I can keep my hands in my pockets because the darn ring box would bulge out of my pockets hahaha. We found a nice bridge and I suggested to get someone to take a photo for us. We found two lovely young ladies passing by and asked them to help us take a photo. After a few "posed" shots, I got on one knee and presented the ring. The girls started screaming "OH MY GOD, THIS IS SO COOL!!!" and frantically kept hitting the camera button to make sure they got everything. 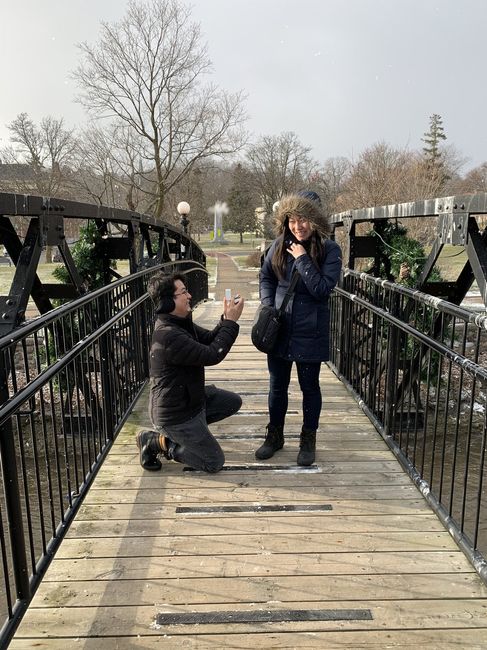 After I asked if she would marry me, her first reaction was "...Is this real?

And that was that. Let's see some of your proposals!